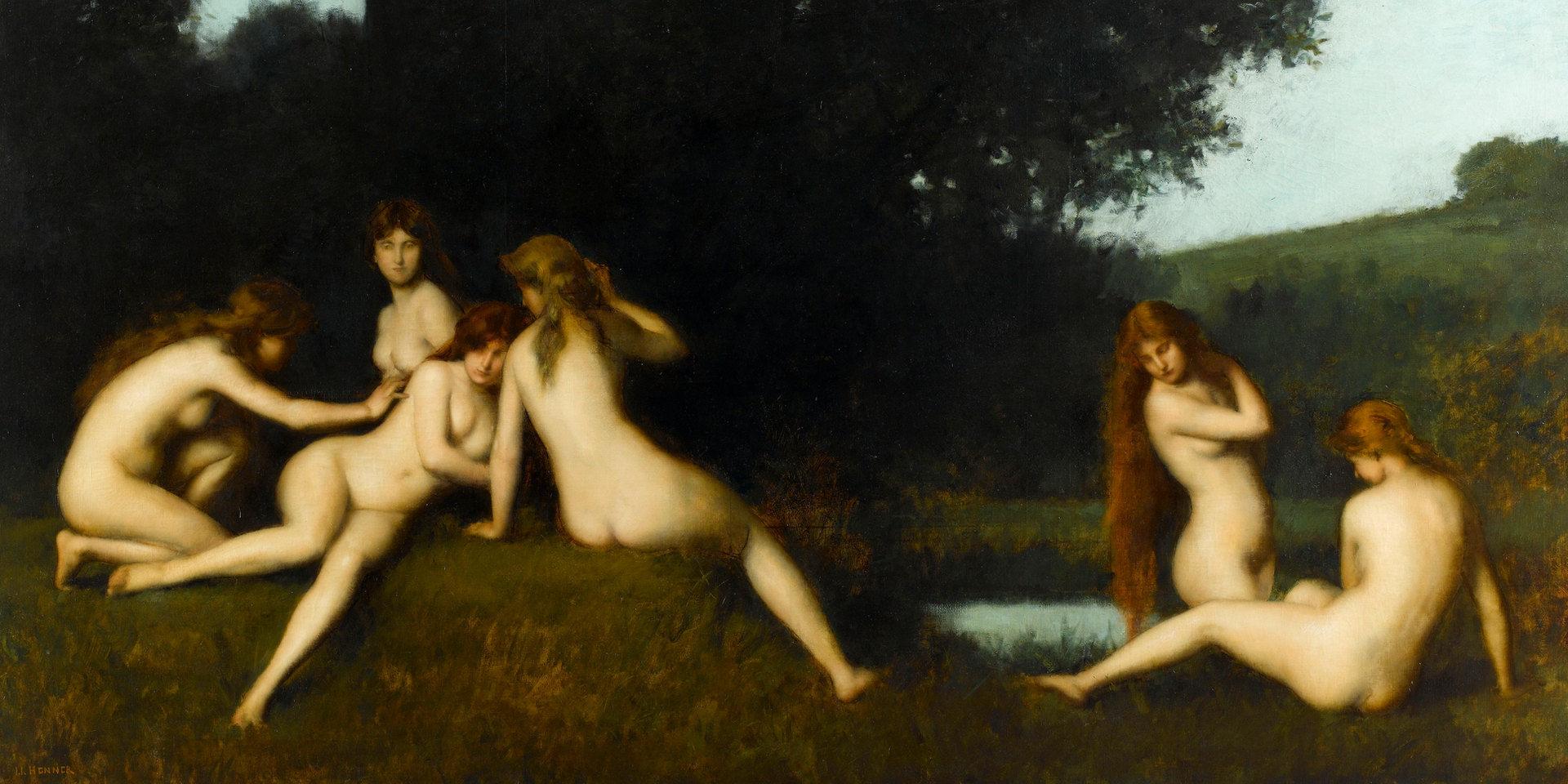 Figures bibliques
Back to the period
previous object
|
next object 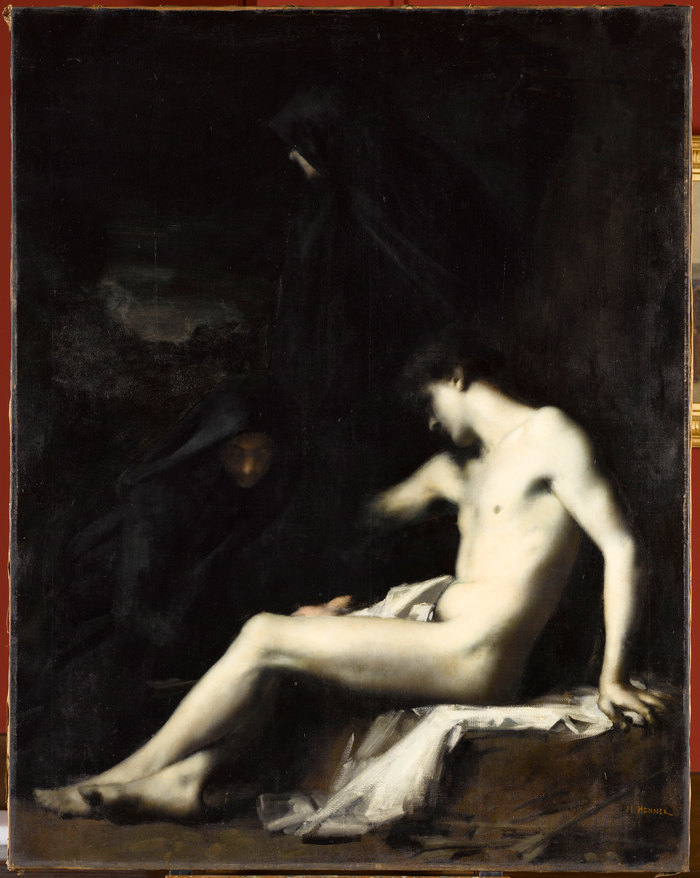 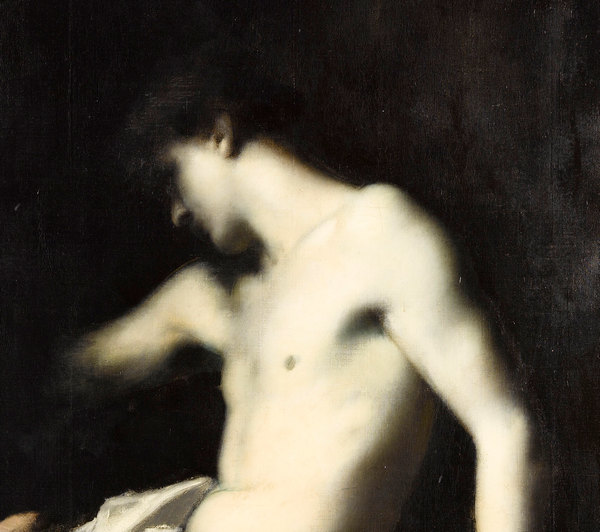 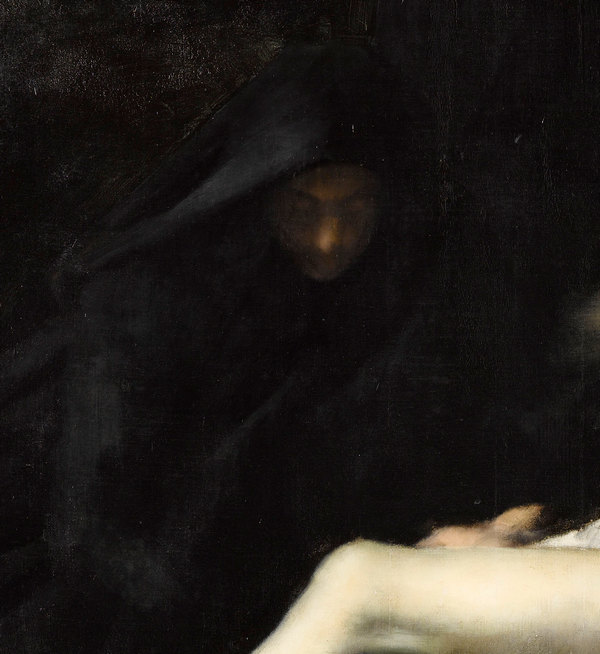 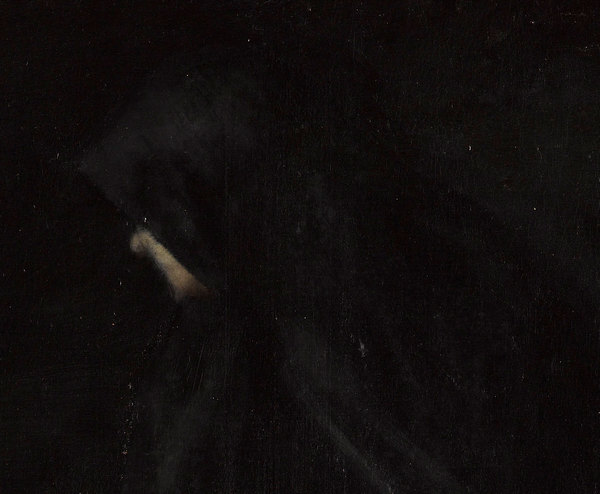 Saint Sebastian was purchased by the French state at the 1888 Salon, to be exhibited in the Luxembourg Museum which at the time was dedicated to living artists. The subject was not very original, but Henner treated it an unusual way. The painting really focuses on the body of the saint who was martyred in the third century for having converted to Christianity. It shows his suffering, but without focusing on the arrows, which are barely visible in a corner of the painting, or on the blood.

The treatment of light and shade, clearly the influence of Pierre-Paul Prud’hon, is also unusual in the way that the painter uses them to make one of the arms disappear into the shadows. The moonlight and the contrast between the saint’s pale body and the women’s black veils are typical of Henner’s style.

A caricature that appeared in the humorous weekly, the Journal Amusant, on 12 September 1888, described the painting as “Saint Sebastian eaten by bats”.