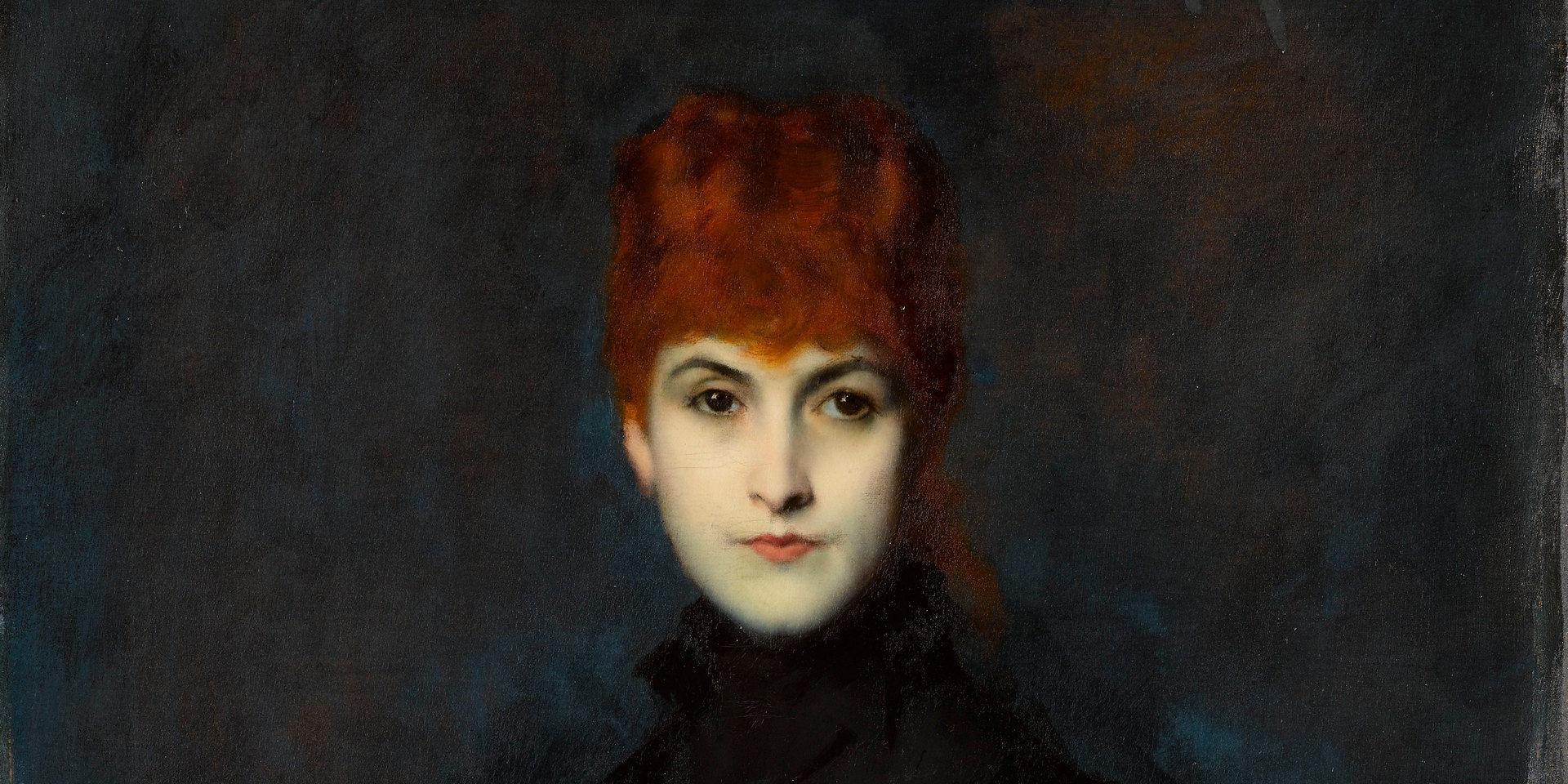 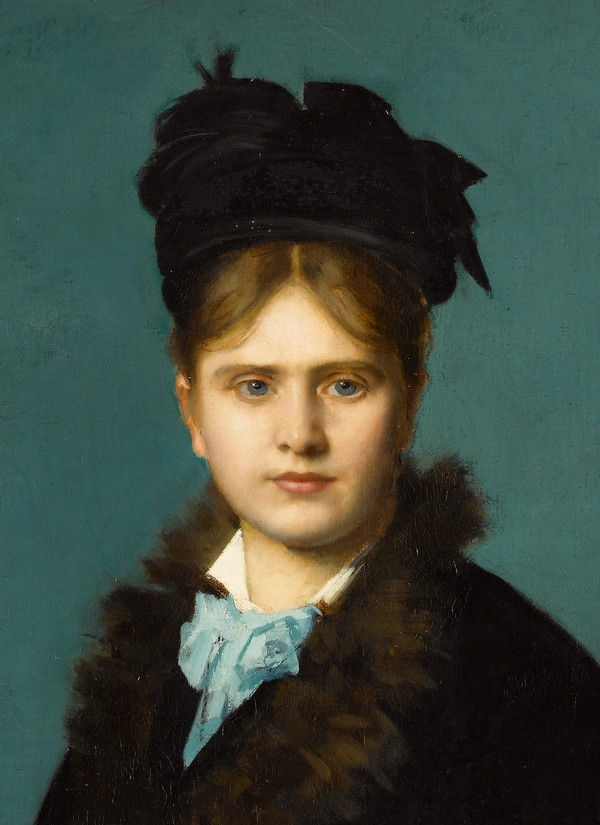 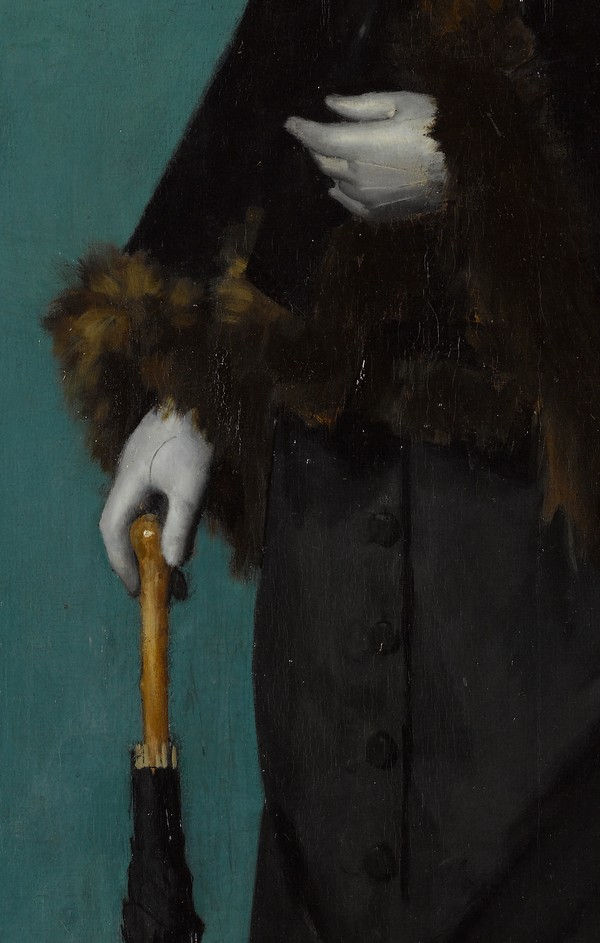 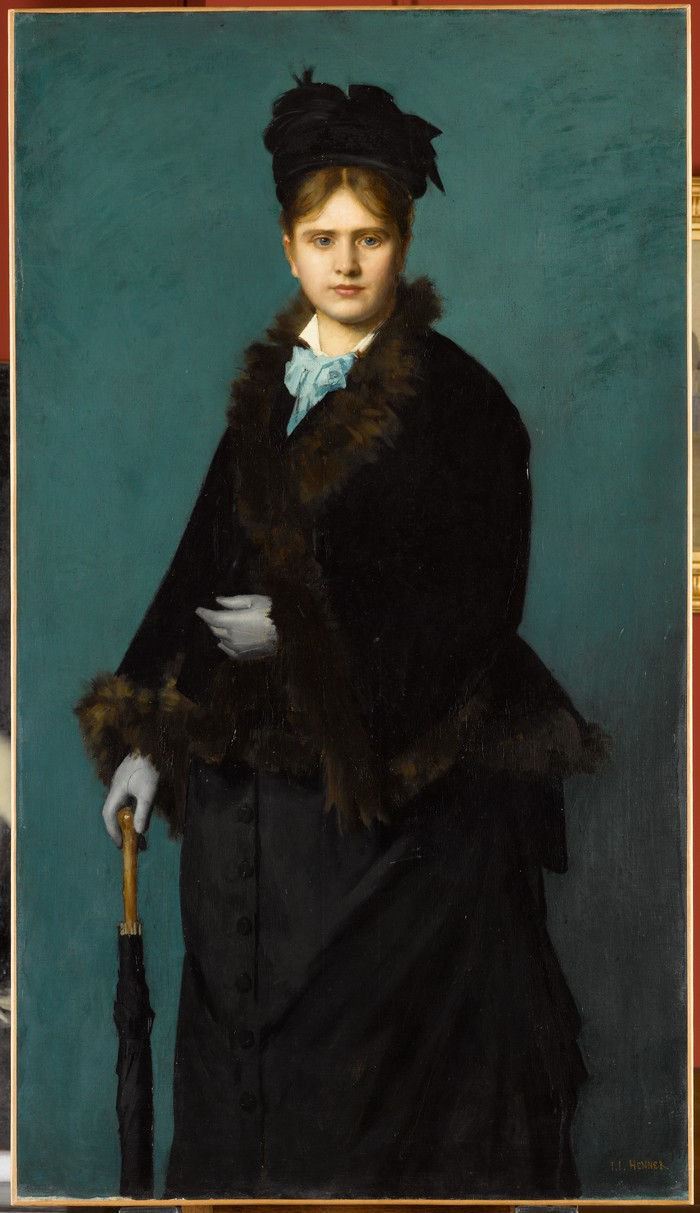 Portrait of Mme ***, known as The Lady with an Umbrella

Henner painted more than four hundred portraits. Besides that it generated income, painting portraits fitted in well with the fact that he liked focusing on the appearance of a model, often painting them against a bare background rather than in a familiar setting. Devoid of any idealism, The Lady with an Umbrella is a classic example. Mrs *** was in fact a lady by the name of Augustine Durand, but this painting was not a commission. In 1876, the journalist, Jules Clarétie, described the painting which had been exhibited at the 1874 Salon as: “a bourgeois sphinx reminiscent of another Mona Lisa, less haughty and more modest.”